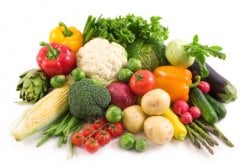 What can I do in my greenhouse all year?

Our Greenhouse Growing Guide gives a month by month guide on what to grow and when. A greenhouse allows you to grow vegetables all year round. It's a great place to start for Greenhouse Beginners.

Plant Selections for a New Greenhouse

A greenhouse is a piece of garden infrastructure that serves many horticultural functions: it can be an "orangery" for potted plants that aren’t quite winter hardy, a summer home for crops that need a bit of extra heat, and a sheltered space to start all kinds of new seedlings for the season.

For the gardener looking to get a head start on cultivation during the cooler months of spring, there are a variety of plants that can be easily germinated and cared for through the seedling stage in a greenhouse.

Below is a list of some of the more easy­to­grow selections for spring germination in a greenhouse.

Brassicas are plants in the cabbage family. Generally, they are cool­weather crops, and will germinate even when soil temperatures as low as 10C. Therefore, they are some of the first plants that can be started in a greenhouse, in late winter or early spring (depending on the current and expected temperatures of the year).

"Leaf vegetable" ­­on the other hand­­ is kind of catch­all term for plants that are grown for their leaves, belonging to a wide variety of botanical families: not just brassicas. Lettuces, for example, are in the A steraceae (daisy or aster) family.

After being planted in seedling flats and growing their first set of "true leaves", most brassicas and leafy greens can be moved out to a cool or covered section of the garden.

Belonging to the botanical family Cucurbitaceae, these vining plants are often sown indoors, and transplanted out (or to a permanent, larger pot) once they have their first set of true leaves.

Care should be taken not to sow them too early in a greenhouse, because after they grow to a certain size, they don’t like being transplanted. They are best sown in late spring, after the risk of frost is passed and things start heating up.

Additionally, for the cucurbits that need to spend the entire summer in a greenhouse, care should be taken to open the vents every day during blooming time, in order to let pollinators in: otherwise, they need to be pollinated by hand.

These plants, belonging to the botanical family Solanaceae, are unexpected relatives: most gardeners don’t know that their tomatoes are related to both tobacco and petunias. They are generally heat-loving tropicals, most originating from South America.

Most of these plants benefit from "buzz pollination", which is something bumblebees provide. For those grown all summer in a greenhouse - barring the presence of bumblebees - they can be hand-pollinated with an electric toothbrush.

All the delightful annuals that can be found in flats in a garden centre can instead be started at home from seed, in a greenhouse. The options are too numerous to list, but browsing the seed selections for flowers at a local store is a good place to get started.